From The Dundee Hills in Willamette Valley to the Bahamas

We are dedicated to providing quality over quantity, and we never compromise on our commitment to bring you the finest wines possible. While producing high-quality wine is a lifelong passion of ours, so is our love of animals. The name Potcake Cellars comes from a fusion of some of our most precious components in life, beautiful wines, and the Bahamas’ feral dogs. What better way to tell a love story along with our promise to present high-quality wines? Roy and Sondra Armstrong founded Potcake Cellars in 2013. Roy is a lifelong wine collector and always admired the quality and value of Willamette Valley wines, often ordering them in restaurants all around the country and world. Sondra has been involved in the hospitality industry for many years, where she cultivated an appreciation for high-quality wines. A long-term business trip in the Seattle area in 2008 allowed Roy and Sondra to taste many impressive Willamette Valley wines. These wines were so exceptional they took a trip to the Willamette Valley. After several visits over the following years, they decided to purchase a 20-acre vineyard estate in the beautiful Dundee Hills in 2013 which had an established vineyard with 7 acres of Pinot Noir and had been producing lovely wines for over twenty years. The beautiful wines they made from this vineyard motivated them to purchase an additional 24 acres in the Dundee Hills and planted a new vineyard. This vineyard is known as the Royal Bahamian Potcake Vineyard, located on Worden Hill Road. They now have 26 acres of vines growing several clones of Pinot Noir, Chardonnay, and Pinot Meunier.

Roy is involved in a diversity of businesses from his elevator company to wine and aviation. In regards to wine outside of Oregon, he had a partnership in an Argentina winery. In aviation, he has been a private pilot for over 30 years and is the Airport Manager at the McMinnville Airport where he owns the FBO called Potcake Aviation. 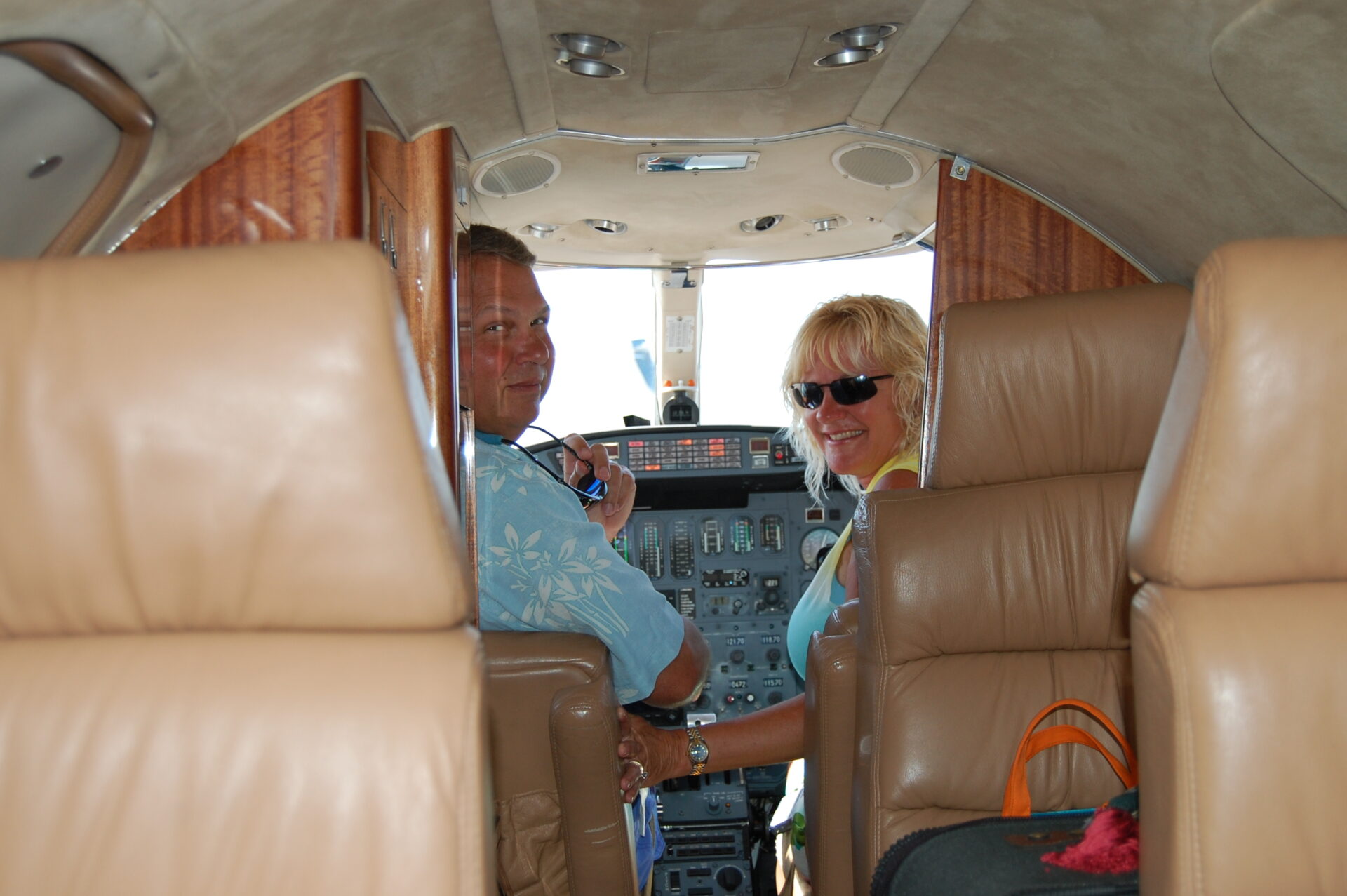 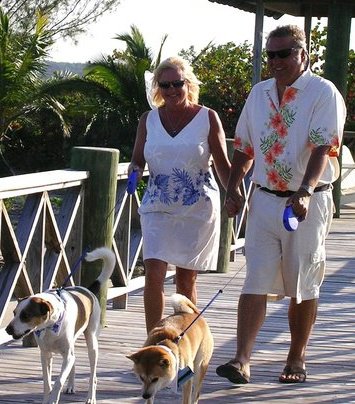 Roy was born in Michigan but lived in St Petersburg, Florida, for over 25 years and eventually bought some property in the Bahamas shortly before meeting Sondra. A share of adoration for animals, wine, and the ocean assured them they would spend a lifetime of love together. Not long after meeting each other, Roy took Sondra to visit his home in the Bahamas on Andros Island. The crystal clear waters with all of the imaginable shades of blue reminded her of the beaches she grew up on in Longboat Key, Florida, and from that day forward the Bahamas played a very important part in their lives. They met a homeless Potcake named Gus in the beginning days that became buddies with their Shiba Inu named Jackson. In 2010 Jackson and Gus walked Roy and Sondra down the dock at their wedding in Andros. Sadly, Jackson passed away later that year. A month after his passing, puppies were dropped off at their home by a mother dog. They kept one puppy and the mom and found the rest homes. That moment was the beginning of many future Potcake rescues.

The undeniable need of aid for the overpopulated homeless island dogs was evident. Roy and Sondra began helping with and organizing spay and neuter clinics in Andros with help from many seasonal visitors and the Bahamas Alliance Animal Rights and Kindness group aka, BAARK. Sondra became very active with this organization. Now named Ginger Lee, the stray mother dog became part of the family and was spayed while Sondra assisted the vet with the surgery during one of these clinics. Some of these clinics fixed over 100 dogs and cats over a two-day period. These clinics are crucial for the island because veterinarian clinics are not available. 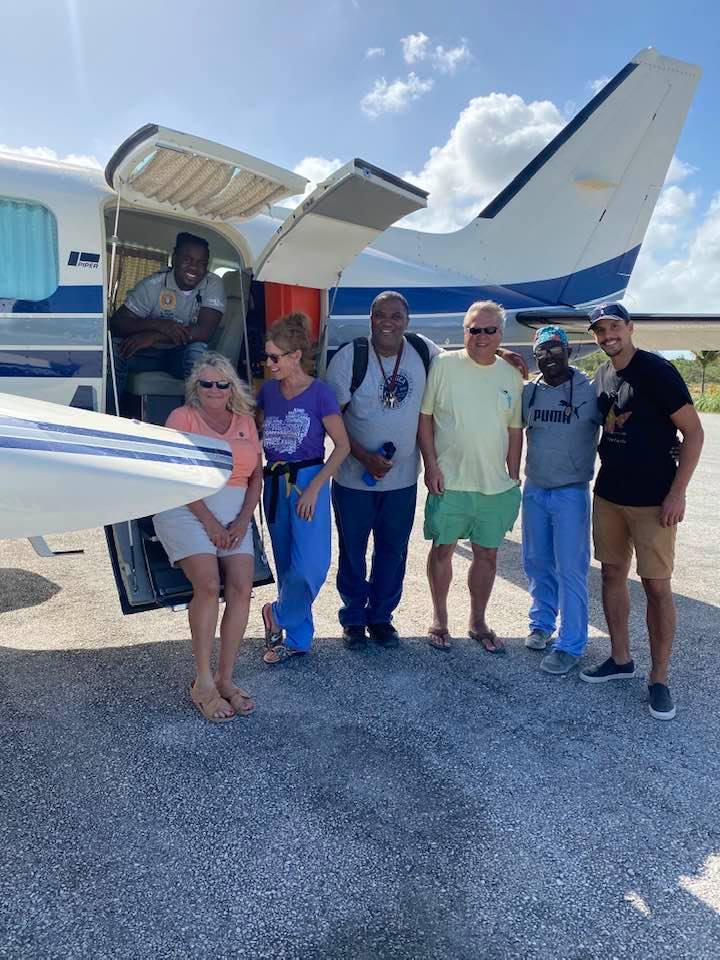 Over the years, Roy and Sondra have rescued hundreds of Potcake dogs. Sondra has made many friends that share their passion for saving as many Potcakes as possible. Roy, being a pilot, played a significant role in helping with the rescues. Over the past sixteen years, they have personally flown countless Potcakes to their forever homes throughout the USA and Canada. Of course, Roy and Sondra have kept a few Potcakes along the way. Currently they have Ginger Lee, Junior, Elvis, Otis, Spicy G, and Oatmeal living and traveling with them from Oregon to the Bahamas.

After Roy and Sondra purchased their first vineyard estate, they had to decide what to call it. The previous owners named the estate Saga Hills after the wife, whose name was Saga. They decided to call their new venture Potcake Saga as a way to get the story and needs of Potcakes more publicity and branch off the former label. Years later, a final name change was made to Potcake Cellars. Mixing their love of wine and Potcakes seemed like the perfect combination. It is their goal that the sale of Potcake Cellars wines will not only help fund the rescue and medical needs of hundreds of Potcakes but motivate others to adopt these amazing dogs and assist in their future care. At the same time, they want to make the best possible wines found in the area. These goals have already proven to be successful and will continue to strengthen The Potcake Nation around the world. 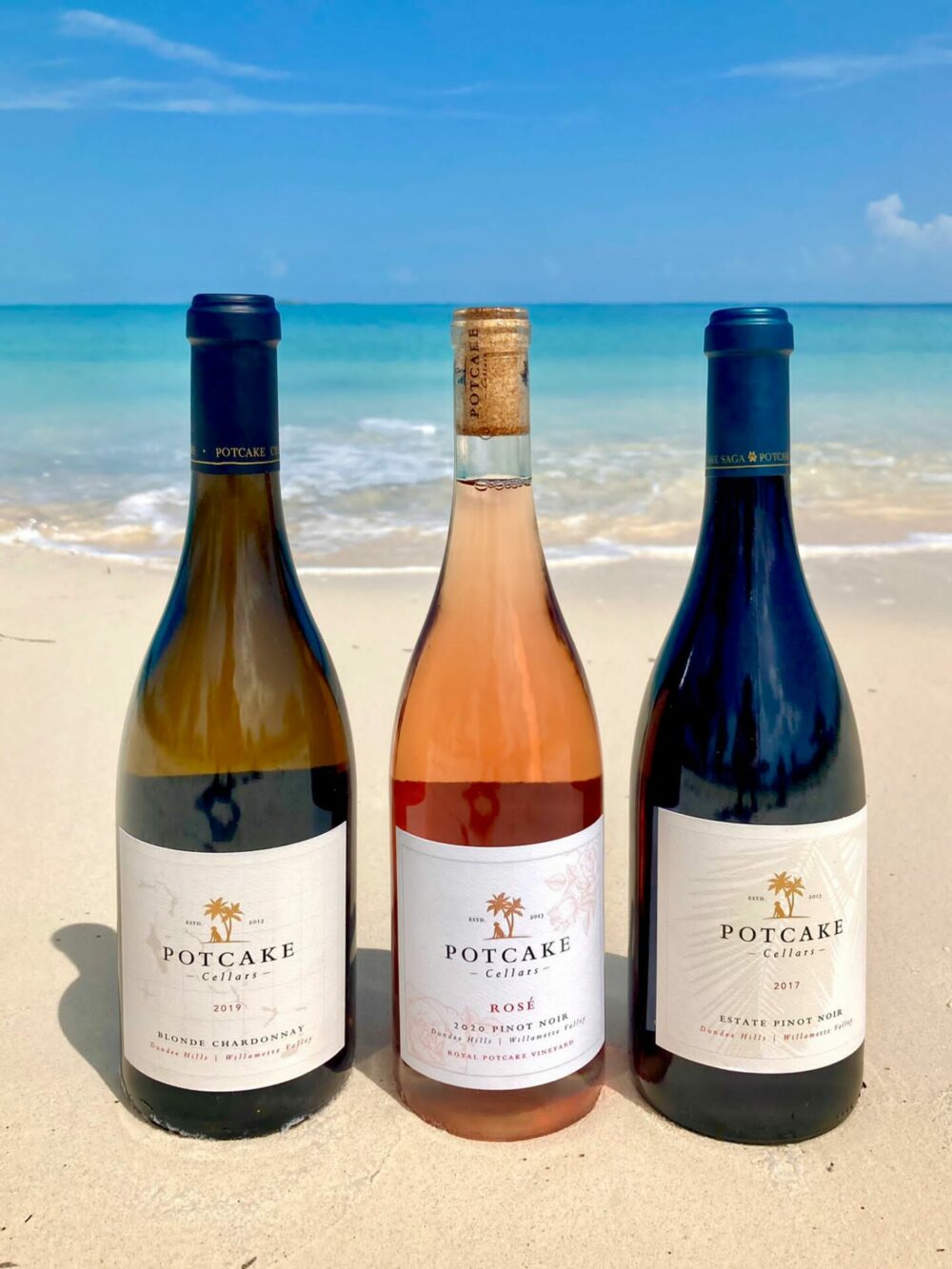 In 2018 their daughter, Megan, and her fiancé, Adam, decided to move to Oregon after several visits to the area. They were very interested in the wine industry and Oregon after being in Florida for most of their lives. Megan is the assistant manager at Potcake Cellars. Adam is the cellar master and a tasting room associate at De Ponte Cellars, where Potcake Cellars’ wine is produced. Megan and Adam are both Potcake parents and have two wonderful Potcakes named Riley and Sunday.

Their daughter, Jennifer, has contributed greatly with fostering and helping Potcakes find homes through many years. She adopted her first Potcake, Ike, in 2011 and found a home for his sister Stella. Shortly after, she started a business making custom handmade dog and cat collars named “Ike and Stella.” In 2019 Jennifer decided Oregon was the place to live too. She moved from Los Angeles and ran a wine shop in Lake Oswego for about a year. Covid slowed the shop, and she decided to move on to start a new career and family. She is a graduate of the University of Colorado at Boulder and now attending Portland Interior Design. She and her husband Harrison have three dogs, a sweet 'not-cake' named Bubba and two awesome Potcakes named Ike and Rocco.

Giving back has never tasted finer.

Make a difference simply by enjoying our Dundee Hills wines from Willamette Valley. Each purchase helps make an impact for the Potcake community.

Submit your Potcake’s bio and picture